Jackson is a pessimist by nature and almost always expects the worst, as a result he has a bit of a melancholic nature. Despite this he tries to be cheerful when he can, especially when he's with the others though it can be hard. While he is the leader of Black Carousel he didn't volunteer to be such, instead appointed as such by Carson and Jamie when they made it, he doesn't see himself as a leader though and often instead goes by group voting and similar.

Jackson loves literature off all kinds but especially fantasy novels and often has one on him. He hopes to be an author himself someday but would settle for being a librarian, though he expects himself to probably just end up working fast food. His dad however wants him to go back to being a football player like his older brother and this is a source of conflict between the two. Jackson's relationship with his older brother is strained due to Jackson feeling like he's living in his brother's shadow. 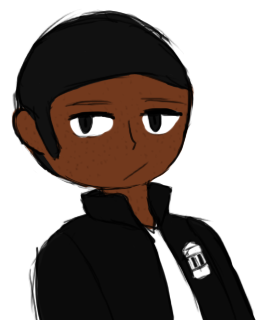