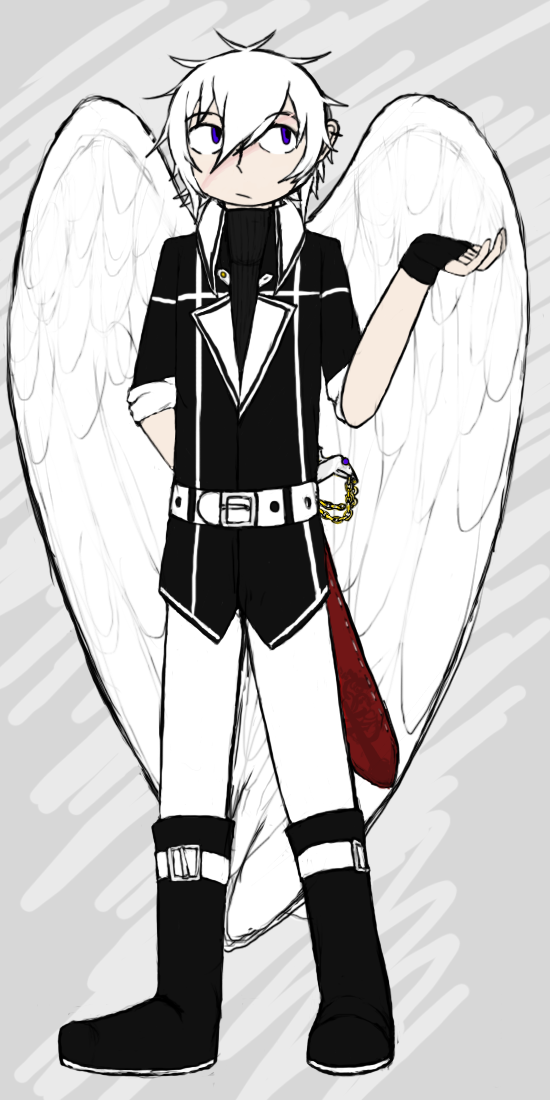 Gender: None (They/Them only)
Sexuality: Asexual

Species: Some kind of bird hybrid? Most likely a swan
Race/Ethnicity: Probably mixed some kinda east asian and white
Abilitie(s): Manifesting swords that they can move telekinetically (cannot move anything else with this), Flight (wings), Strength, Regeneration, Small healing but it's not very good

Family: "A bunch of siblings"

Leyiel is an ill mannered and short tempered person which contrasts with their Angel-like appearence. They're not very hesitent to resorting to violence or physical means such as kicking down doors. They're very critical of authority which often leads them to get into trouble with the higher ups of the Aster Organization.

Leyiel is introverted and finds other people annoying, being only close to a Venison and a couple other people, combined with their refusal to speak and their tendency to glare they're hard to approach and they wouldn't have it any other way. Leyiel usually communicates to others through Venison who is capable of reading minds and often relays Leyiel's messages to others these messages are usually short, curt, snide, or a combination of the three.

Despite all this they're not a bad person, they have a strong sense of justice and a belief in protecting and helping people. They have an especial disdain for those that harm and manipulate innocents for enjoyment and power.